“Every champion was once a contender that refused to give up” 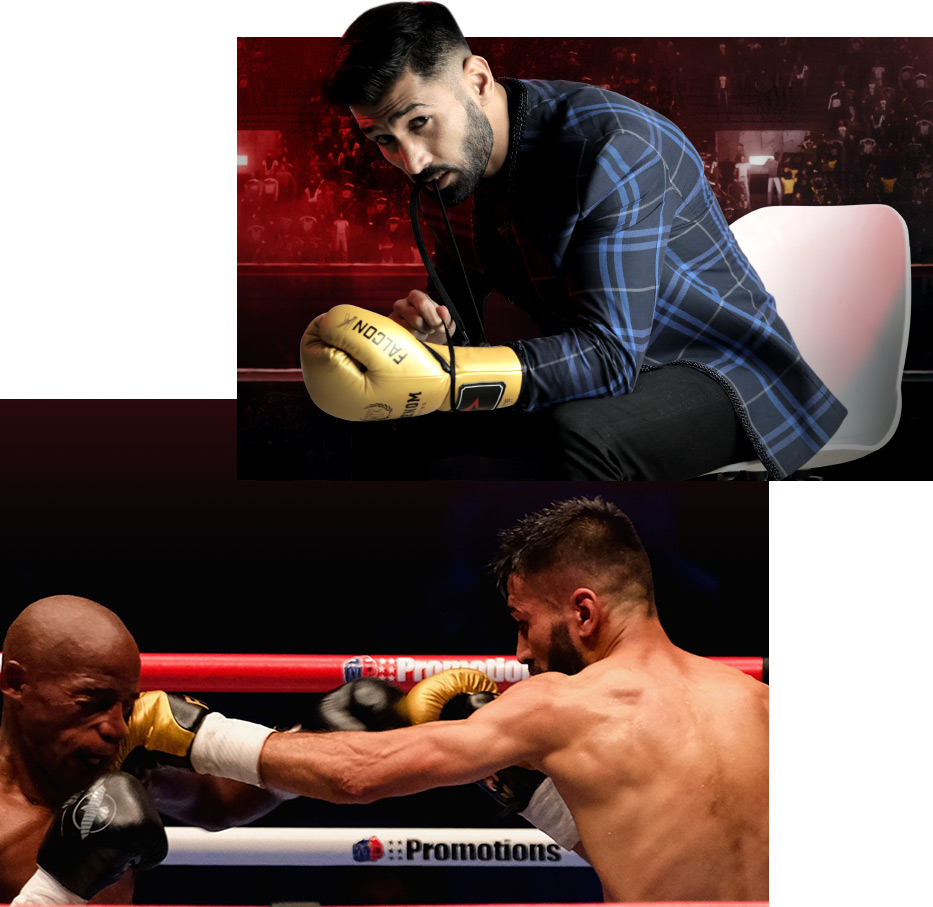 Fighting has always been in my blood. Ever since I was a young child, I loved the art of battle. Coincidentally, boxing was the perfect profession for me. I have been boxing for the past 15 or so years. I have seen highs and lows, and all the sport has to offer. In only my 4th fight, I won the WBC silver title. In my 9th fight, I challenged for the IBF World title. There is nothing like making your ring walk, and stepping into the squared circle. The adrenaline and buzz you get, I don’t think anything can compete with that, and that’s why I love this sport. Growing up in Quetta, Pakistan, I never had much. I used to see my sporting heroes on the television, and I was in awe of the love and admiration they received. Cricket has always been massive in Pakistan, and I wanted to be at the forefront of sport for my nation just as these cricketers were.

But rather than cricket, my route came through boxing. Boxing taught me discipline and respect. It has taken me around the World, and I will always be indebted to the sport. In 2009 I went to the Kings Cup in Thailand as an amatuer. I finished with a bronze medal, and as it was my first major boxing assignment, I was relatively happy with the outcome, although I knew I needed to do better. At the time, I hardly trained or ate well. This tournament taught me I needed to do so much more in order to compete with the top athletes of the World. One year later, I went to Beijing to compete in the World combat games, and I managed to win Gold in the Flyweight division. This was the moment where I finally realised I am good enough at the sport, and I can have a future. The feeling of walking out with a Pakistan flag, and representing your nation cannot be matched. It was such an amazing feeling and an absolute honour. I told myself that day, that I am going to do something special for Pakistan, and my target was to win a World title for my nation, and in the process become the first Pakistani to do so.

I turned professional in June 2015. In July 2018, in only my 9th professional fight, I came narrowly close in achieving my goal. I felt I was unlucky to not receive the decision, but it has only motivated me more. I have since partnered up with MTK global, who I have thus far had 2 fights with. I hope this following year is the year where I can have the second opportunity to finally achieve my goal. So join me on this journey, and this quest of winning a World title for Pakistan, and bringing glory to my beloved nation. I am working harder than ever to achieve this goal and I will overcome whatever it takes.

Stay connected and follow my boxing journey through my social media channels: 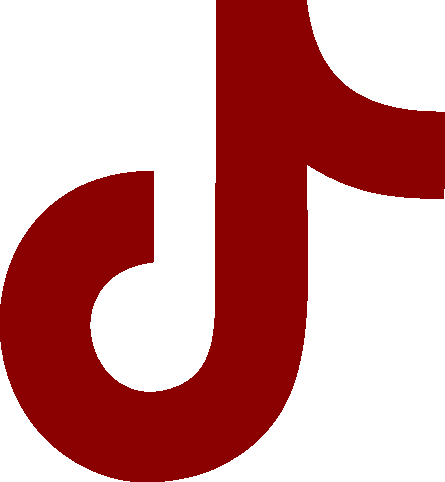 2014 Commonwealth Games – narrowly misses out on the Gold medal after a close decision loss to Australian boxer, Moloney.

June 2015 – Calls an end to his amatuer career. Turns professional

November 2016 – Defends his WBC Silver title with a points decision

September 2017 – Another victory, third consecutive knockout victory on the bounce 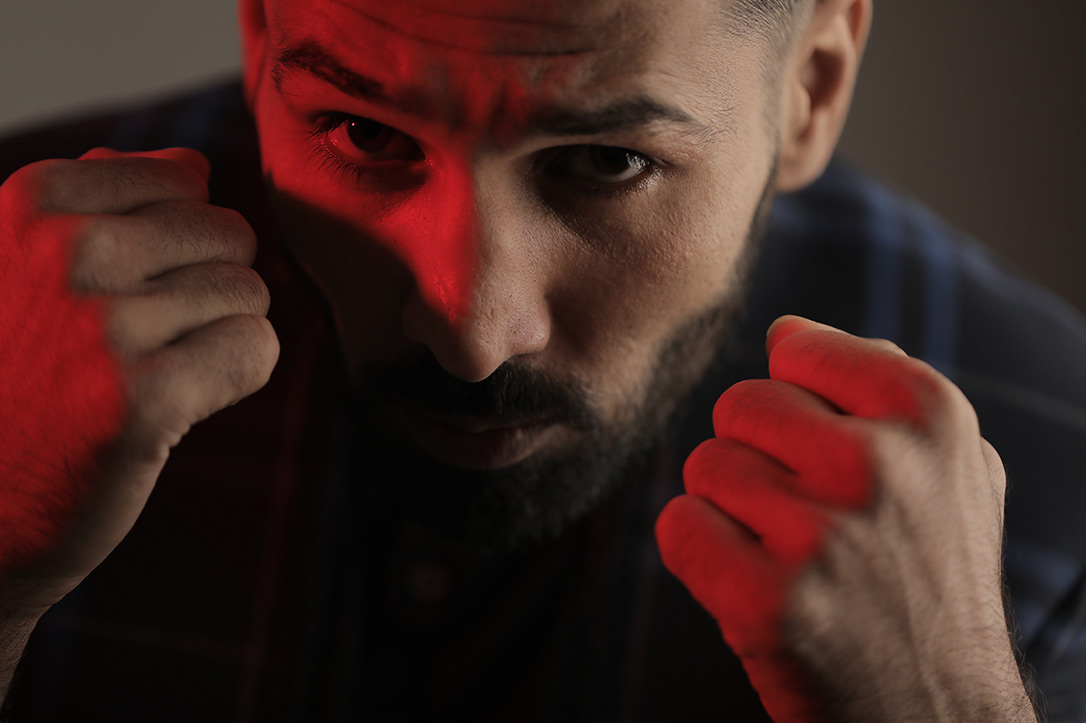 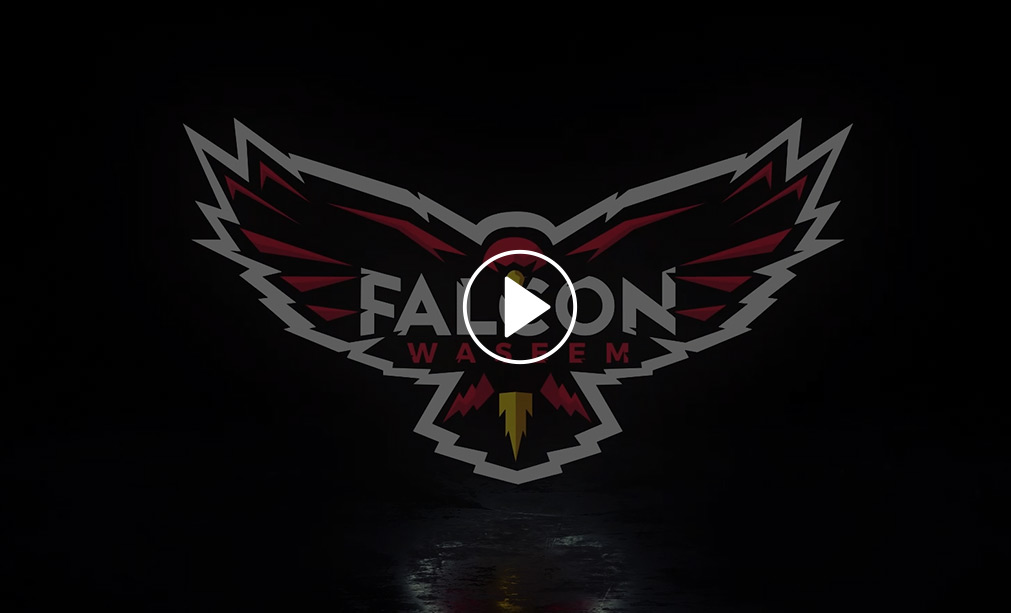 Ever since I’ve participated in amateur tournaments, my nickname has always been ‘Falcon.’ The Falcon has routes to my heritage and where I am from, which is Balochistan. And I love the whole concept of a Falcon. They are birds of prey and are known for hunting and it ties in just with my role as a boxer. We are hunters, and we pounce as soon as we see any weaknesses shown from our opposition

As a result, with my logo we had to incorporate a Falcon into it, and that is exactly what has transpired. The shape of the logo is designed in a way that represents a Falcon. It is a shape of a Falcon’s wings spread wide, whilst the image inside the shape clearly displays the bird. The text is clear and to the point clearly stating my name ‘Falcon Waseem.’

In terms of the colour scheme, red mixed with black has always been my favourite colour combination, and I feel it works really well here. All in all, I think the whole concept has come together extraordinarily well giving my brand a solid consistent look.